Computer Fundamental
November 6, 2018September 11, 2020 computerganga 8 Comments CLI, Command line interface
What are the advantages and disadvantages of the Command-line interface?

Command line interfaces are the oldest of the interfaces. This type of user interface allows the user to interact directly with the computer by typing commands. Typing commands is not that easy because you just can’t type anything, you have to type very specific words so that the computer is able to understand.
1. You can only type text to give commands to the computer as in MS dos.
2. There are no images and graphics on the screen.
3. There was no need of a mouse as CLI. did not support the use of pointing devices.
4. In CLI only one task can run at a time.
5. It is also known as a single user interface.
6. Example: DOS and Unix 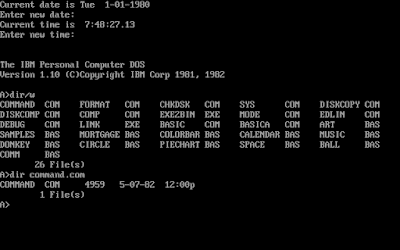 Advantages of using a command-line interface are:

·It is faster than the other types of user interfaces.
·Fast data transfer in CLI.
·Memory (RAM) is used lesser than GUI.
·It is cheaper to use as a lesser resolution screen can be used.
·Lesser CPU processing time is needed.
·It does not need Windows to run.
Read More: Types of user interface in operating systems? user interface

Disadvantages of using a command line interface are:

·Without the known commands, you cannot work on the CLI
·A lot of commands have to be learned to use this interface.
·One needs to be very specific and careful when typing the commands. Even a single spelling mistake may lead to instruction failure.
·There are no images and graphics on the screen.

8 thoughts on “advantages and disadvantages of Command line interface”