Friends, you must be aware of memory that it is very important to have memory whether it is a human or a computer machine-human who sees what he thinks and speaks, it is all stored in memory. He uses memory. Man cannot do anything without memory. Similarly, computer memory also works. To store or calculate data and instruction. Memory is used in all. Memory is known by the same name in humans but in computer memory, it is of two types Primary memory and Secondary memory It is also called a memory unit which is divided into 2 parts Primary and secondary memory.

Memory is required in computers to store data and instructions.  Computer memory is of two basic types – Primary memory and Secondary memory. The main characteristics of the main memory are:

there are many types of Computer memory. primary or secondary memory.

Volatile Computer memory:
Primary memory is called volatile memory in which data and instruction can be kept for some time. RAM is the type of volatile memory.

RAM(Random Access Memory)
SRAM (Static RAM)
DRAM (Dynamic RAM)
SRAM (static random access memory)
•  SRAM does not need to be refreshed. Because data stored permanently.
1. SRAM is static while DRAM is dynamic
2. SRAM is faster and costly compared to DRAM
3. SRAM consumes less power than DRAM. Because does not need to be refreshed.
4. SRAM uses more transistors compared to DRAM
5. SRAM is more expensive than DRAM.
6. SRAM memories are used in particular for the processor’s cache memory.
DRAM(Dynamic random-access memory)
EX:-PC, Laptop.
Non Volatile Computer memory
Non-volatile memory is memory in which data is stored permanently, such as ROM read-only memory is an example of non-volatile memory.
ROM(Read Only Memory)

A  special type of RAM, called read-only memory, is a non-volatile memory chip in which data is stored permanently and can not be changed and destroyed. In fact, storing data permanently into this kind of memory is called ” burning in the data” because data in such memory is stored by using fuse links. Once a fuse link is burnt, it is permanent. Data stored in a ROM chip can only be read and used- they can not be changed. This is the reason why it is called read-only memory (ROM).

The main characteristics of the ROM are: 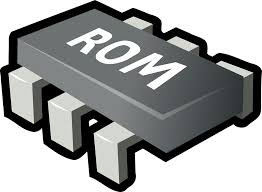 PROM (Programmable Read-Only Memory)
There are two types of Read-Only Memory (ROM) Manufacturing programmed and user-programmed. A Manufacturing programmed ROM is one in which data is burnt in by the manufacturer of the electronic equipment in which it is used.
For example, personal computer manufacture may store the system boot program permanently in a ROM chip located on the motherboard of each PC manufactured by it. Similarly printer.
EPROM (Erasable Programmable Read-Only Memory)
Once information is stored in a ROM or PROM chip it can not be altered. EPROM overcomes this problem. It is possible to erase the information stored in an EPROM chip and the chip can be reprogrammed to store new information.

•  EEPROM is a PROM that can be erased and reprogrammed using an electrical charge.
•  EEPROM was developed by George Perlegoswhile at Intel in 1978.
•  this memory remembers data when the power is turned off.

•  EEPROM was a replacement for PROM and EPROM chips.

The main characteristics are:

It is a solid, rounded disk or a pack of many disks. Hard drives coated with magnetic materials – each with its own read/write head. Hard disk drives are built into desktops and laptops.It used to store lots of programs and data permanently. It can store more information than a floppy disk. Mostly, the hard disk drive (HDD) is named as C or D or E, etc. following important aspects of a computer system:
• Performance. The hard disk plays a very important role in overall system performance. The speed at which the PC boots up and load programs is directly related to hard disk speed.
• Storage. A bigger capacity hard disk lets you store more programs and data.
• Software. Newer software needs more space and faster hard disks to load it efficiently.
2. Floppy Disk.
The floppy is made of plastic with a magnetic coating on it. It is round in shape and is covered by a square plastic jacket. These disks are very useful in transferring data from one computer to another. The floppy disk is handled in the Floppy Disk Drive (FDD) named as an A or B drive. Floppies come in three basic sizes like 8-inch,51/4 inch,31/2 inch.
Advantages of using floppy disks:

3. Magnetic Tape.
•Made of a long plastic strip coated with magnetic material,
• It can store lots of data, but this data is slower to access,
•One great advantage of magnetic tape is its cheapness.
•Magnetic tape uses sequential or serial access to locate data stored on the tape 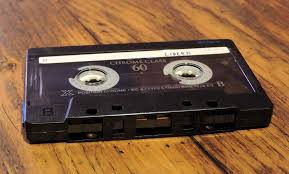 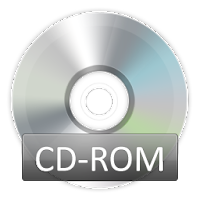 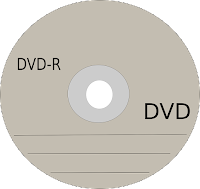 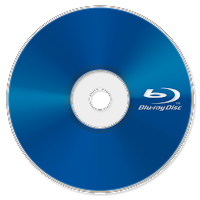 3. Flash Storage:-
Flash memory storage is a form of non-volatile memory that was born out of a combination of the traditional EPROM and E2PROM. That can be electrically erased and reprogrammed. Toshiba developed flash memory. and easy to portable. 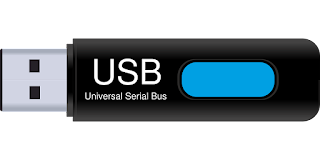 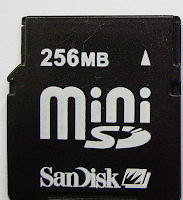