what is super computer

Nowadays we are living in the era of information technology. And this technology cannot work without computers. Whatever information and knowledge we get. All this has been possible due to the computer. The computer we use in our everyday life is called an ordinary computer. Simple tasks such as doing small calculations, making powerpoints, typing text, watching a picture, playing a picture are done from a normal computer.

A part of ordinary computers, there is another computer which is used to accomplish big tasks. That computer shows a lot of calculations in a few minutes, compared to a normal computer. Also tells about the weather. It is also used in making big machines. Also does the work of collecting information about natural resources. Which does all these big things? That computer is called a super computer. So first we will know what is a supercomputer.

what is super computer with full Information?

Before we learn about supercomputers, we will try to understand what a computer is. A computer is a general-purpose machine. Which takes data from the user through input devices such as keyboard and mouse. Then processes that data and outputs the user after the process. A normal computer works in a similar way. But supercomputer work is much more and faster. Supercomputers are used there. Where large calculations are required in real-time with very high power and high speed.

A supercomputer does not do the same work at the same time as a normal computer, but he has the ability to do countless tasks at a time. Because the supercomputer works on parallel processing instead of serial processing. Ordinary computers use serial processing to accomplish tasks in which only one task is done at a time. Meaning that after the completion of one task, the process of another work starts, due to which the process of work in it is slow.

ALSO READ: What Is 5G Technology And How It Works? What-Is-5g

But supercomputers have thousands of processors. Which are capable of counting billions per second. A supercomputer uses parallel processing to complete the task. In which it divides a task into smaller parts and each microprocessor completes the task given in each of the parts at the same time at a faster speed. The largest and powerful supercomputers use parallel processing, which can do any process fast and in time, in supercomputers, many microprocessors work together to solve any complex problem quickly. A computer is said to be super based on the ability that does how many calculations. Supercomputers can make one billion designs in 1 second. 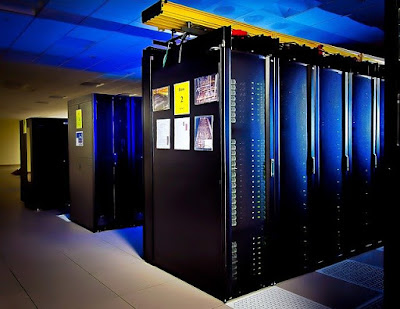 However, manufacturers also change the operating system according to their requirements. Apart from Linux, centos, bull, or cray Linux operating systems are used. Most supercomputers are used for scientific work. So sometimes Traditional programming language and Modern programminglanguage like c, c ++ is used in it. The supercomputer is better than an ordinary computer in every way.

Where is a super computer used?

Supercomputers are used especially in such areas. Where a lot of calculations are required in a few seconds. Traditionally, supercomputers are mostly used for scientific and engineering applications so that it can handle large databases. And also talk about the performance that a large amount of computational operation can do. Only then you work thousands of times faster than a computer. Supercomputers are very powerful and expensive.

That is why it is used right there. Where very large and fast calculations have to be done, apart from this, it is also needed in special operations. Weather forecasting is called weather forecast. Compiling genes called gene synthesis is climate research called climate research. And when it comes to doing things like mathematics modeling etc. Then we really need computer power. In such a situation, super computers are more useful. Now we will know when and who made the supercomputer.

When and who made supercomputers?

If you know about the history of computers then you will find it. That no one person built a supercomputer. Rather many people gave their contribution from time to time, then somewhere we got to see such a huge and powerful machine, but where the matter is about supercomputers.

Who invented the supercomputer?

Overall, 5 of the 10 fastest supercomputers in the world are American 2 China and 1-1 Switzerland, Japan, and Germany. India is also second to none in this case.

What is the speed of supercomputer of India?

The top speed of India’s supercomputer is 42.56 TFLOPS per second. This supercomputer was created with the objective of better understanding the weather and weather. It can investigate and predict changes in weather like a monsoon, flood, drought, cyclone, wind speed in India. Supercomputers have been used in India for research in medical and education.

Today we learned what is super computer? And when and who made supercomputers? All the information related to these must have been found through this post so that you can get complete information so that you do not have to go anywhere else, if there is any problem related to the post, then please tell in the comment box below so that we can solve your problem.

What is big data and Types of Big Data | What is data science, analyst, machine learning

What is 5G technology and how it works? what-is-5g